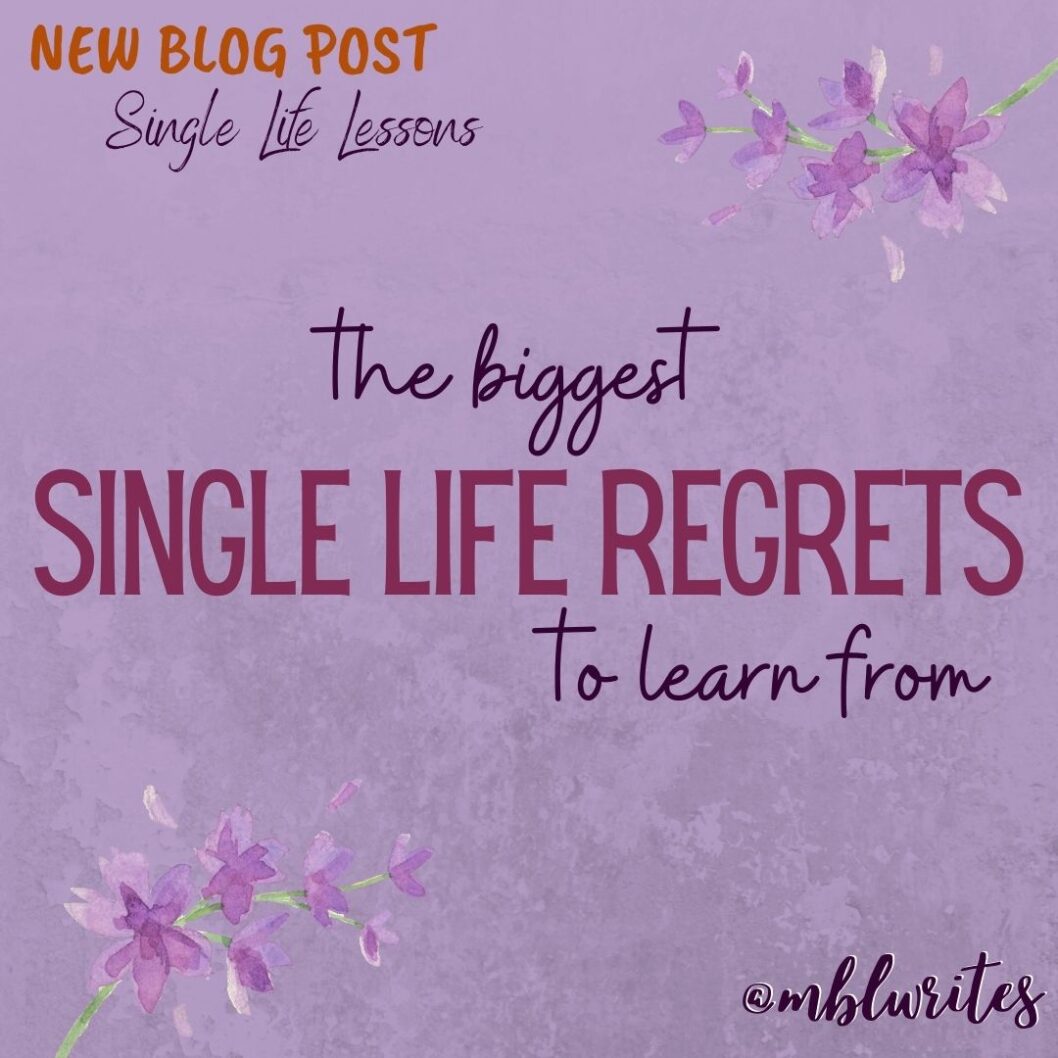 Top six single life regrets to learn from and utilize as life lessons, to do better in the future.

Challenges are an inseparable part of life, and the sooner we accept that, the sooner we will be able to grow from them. Do better in the future. Because every challenge has a deeper purpose and deeper meaning. Whether you see it or not, it’s there. They are the best teachers life provides you with. And when you allow them, they will help you evolve into a much better, more improved version of yourself. I’ve written previously about how mistakes we make can be the best life lessons. And now, I would like to focus on how much we have to learn from regret.

Regret can be such a bitter feeling that just won’t let us be, if we let it. But we can also choose to divert our energy, and use it to grow stronger and go higher instead. It is challenging, and many times (probably more often than not) it can stretch us to our limits. But once we fight through it, and come out the other side… We’ll be so much stronger and wiser. Making mistakes, failing and facing challenges are often the main route to advance and grow in life. And so is regretting it all.

1. Sleeping with the wrong people

Oh, if we could only stop worrying about this with a snap of the finger. The world would be a much better place. But alas, it’s a nagging sensation that we cannot silence, no matter how much we try. In fact, the harder we try, the worse it gets. (Which is actually true about most things in life). Now, we could say – just stop sleeping with the wrong people. Ha, if only. What can we do, we’re human. We get drunk. We get horny, we get lonely, we get desperate. We miscalculate and make the wrong decisions. The vast majority of people in this world have had this regret at least once in their life. If not more. And that’s okay.

Again, the more we obsess over this, the more it will eat us up inside and out. And while I know just how easier it is said than done, you need to learn to just let it go. With time and practice it will get easier. Just remind yourself that it’s okay to make mistakes and have regrets. But then try and focus on all the valuable lessons you’ve learned from it. Like: which red flags have you overlooked? In retrospect, it’s so much easier to notice them.

2. Chasing and obsessing over toxic people

In my first post about chasing toxic people I wrote about almost literally driving myself insane over someone who didn’t deserve an ounce of it. It’s much easier than we’d like to get infatuated by charming people. They use it as a tool to lure others in, whether on purpose or not, then toss you away once they’re done and bored. Then, we are so desperate for them – because in our minds they’re perfect… That we reduce ourselves and our worth to a chasing mess. After that, and especially when you snap out of the infatuation… You start regretting every step of chasing them. Heck, you probably regret every single life decision that led up to you even meeting them.

It’s so easy to berate ourselves for this, so much more than just letting it go and moving on. But instead of focusing on all of the many should’ve, could’ve, would’ve… We need to focus all of our energy on learning from it instead. Again, distinguish the red flags. Learn how to steel yourself against the charm, and set your self-worth much higher.

3. Jumping straight into another relationship

Usually this is a direct result of being scared of singlehood and being alone and lonely. Which is due to not developing a self-relationship: practicing self-love, dating yourself and learning how to enjoy your own company. That fear causes us to avoid being single like the plague, and just jumping into the first relationship we can find. Even if that means settling for less than what we deserve. We lower our standards and our self-wroth and just jump into whatever we can get. Which usually is an unhealthy relationship. If not always.

Even if it is a good relationship, it can still be very unhealthy to not take time for yourself between relationships. Not only to let your heart rest and regain your energy. But also to spend some much needed quality time with yourself. Which can all result in regretting not taking that time, once you have completely lost sight of yourself. You no longer recognise yourself, or even know who you really are. Because you’ve lost too much of yourself in others. Depend on them too much for your happiness. They defined us more than we did ourselves. The most important thing to learn from this, is to start taking your time in the future. Set and schedule some time for yourself.

4. Comparing myself to others

Let’s face it, comparing ourselves to others, is many times easier than building and focusing on our own path. First of all, looking in from the outside, however, can be very misleading. We never know what goes on behind closed doors, so we can’t see all the mess behind the displayed “perfection”. Or all the hard work that someone may have put in. One can be suffering, or fighting tooth and nail to succeed… But on the outside, they put on a brave, strong front. Maybe even make it look easy. It’s never easy. And definitely not perfect. So instead of focusing on how green their grass is, aim your attention instead on nourishing your own grass.

Second of all, we all have different paces and step sizes – neither of which are wrong. There’s no such thing as too slow, as long as you keep moving and making progress. Progress is progress no matter how small or slow. Each person has their own path, and they walk down it at their own pace. Lastly, comparison will only make it worse and hinder your progress.

5. Resenting friends for not being single

Resentment is such a wasteful emotion, all it causes is more misery and anger. Which will only make everything so much worse. That being said, it’s also an emotion that can creep up on us with no notice, then attack us out of nowhere. Completely blinding us to any rhyme or reason. After a long streak of bad luck with dating and men, while all my best friends were in relationships… loneliness and self deprecation crept in, and for a while there, I couldn’t help or stop myself from resenting them for it. I tried to be happy for them, but no matter how hard I tried, I couldn’t prevent it. The problem was that then I started hating myself for being that bitter person who can’t get out of her own misery, and watch others be happy.

What I learned from this, is that the harder I resented and focused on what I didn’t have that they did… The deeper I buried myself into the endless pit. Not to mention, that the fact that I’m single, and they’re not – says nothing about me. I just haven’t found the right relationship yet, and I started choosing to focus on the wonderful opportunity I got to focus on my self-relationship.

6. Blaming myself too much

This is the number one problem that tends to hinder and even revert any, or all growth and advancement we may have made. This is basically one huge, never ending vicious cycle. We go on countless failed dates, then blame ourselves when they don’t work out and wonder what’s wrong with us. Which decreases our self worth. So we don’t believe we can have better, so we settle for less. Which causes us to go out with the wrong people, thus the failed dates. After every failed date, I used to ask myself what is wrong with me? Why can’t I find the right person? Why does no one like me? It took me way longer than I would like to admit, to realise that I wasn’t the problem.

After dwelling and wallowing over all the extra blame I put on myself, I finally started learning from it. Regretting the blame, actually helped me realise that there’s nothing wrong with me. And there’s nothing wrong with you either. We just need to start focusing on ourselves, so we can practice self-love better. Once we do that, we will attract better people and stop settling.

The main lesson to be learned from all of these regrets, is to soak it in without being too harsh on yourself.

Emotions exist and thus they are meant to be absorbed and felt. When we try to avoid them, it will be harder to avoid them. So as negative as they may seem, allow yourself to soak in them for a while and understand through that how to do better in the future. So instead of being hard on yourself for them, try to accept and discern them instead. Where and why are they coming from, and how can you use it best to learn and grow. 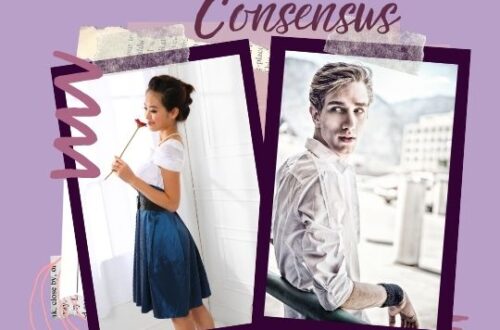 Changing the Consensus of Singles 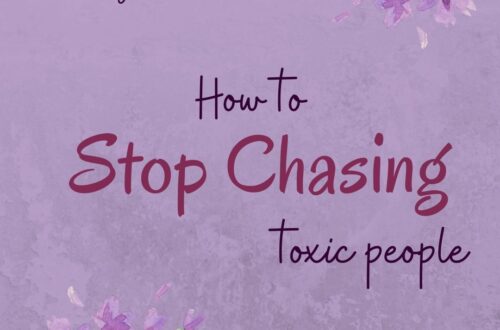 How To Stop Chasing Toxic People 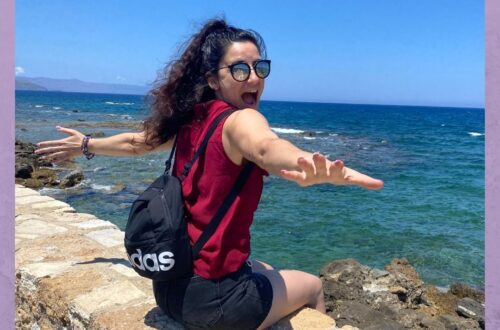 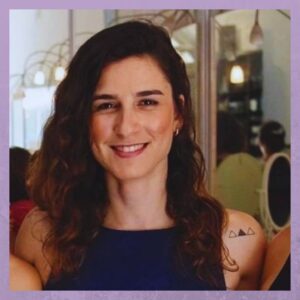