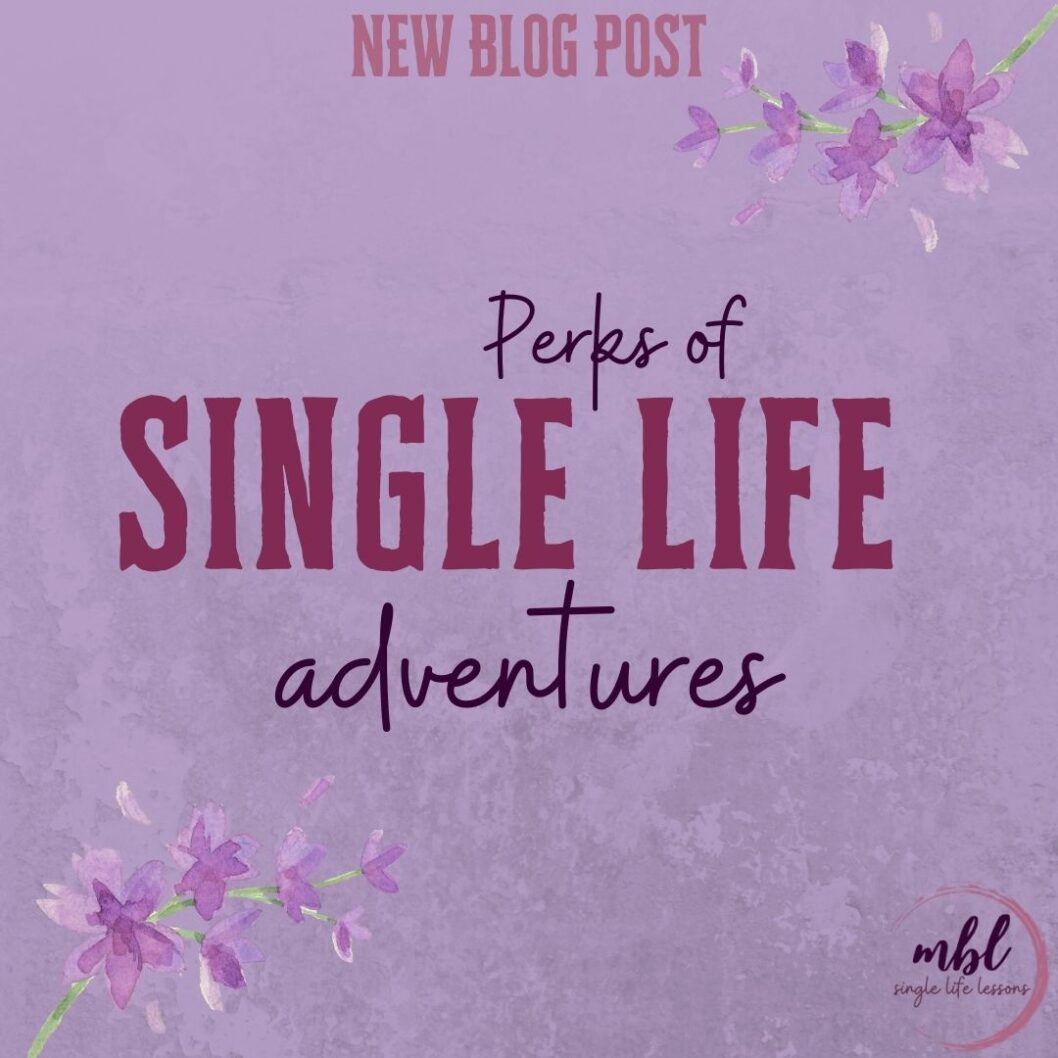 The biggest perks of single life adventures. How being single gives you more and better opportunities to go on adventures. And just let go and be in the moment.

Recently, I went on a trip to the US, which probably wouldn’t be possible if I weren’t single. This trip was planned to be four weeks, but ended up being seven weeks. Due to the airport in Israel being shut down… Our flights were cancelled and we ended up staying three extra weeks. Going on this adventure specifically, and going on adventures in general, is made so much easier when you’re single. Not only because we have the freedom and space we need… But also because we don’t have much of a commitment to anyone that can hold us back.

This is not to say that you cannot have adventures while married… Anyone can have an adventure if they really want to. It would just be very different. During my trip I gained a whole new appreciation for my singleness, and learned how to embrace it on a new level. Not to mention… That just like many other opportunities and adventures in life. I had so much less hurdles and things holding me back. Which allowed me to actually go on this trip. I know for certain that if I were married, and especially with kids… I would not have gone on this trip. And even if I had… I wouldn’t feel whole hearted about it, and it wouldn’t have been as calm and free as it was.

Having no commitment to anyone

The main reason why I was able to go on this adventure, was because I had no one holding me back. Obviously it was also due to being unemployed because of the pandemic… But even if not – you can take days off of work. But you can’t take days off of being a spouse or a parent. Furthermore, when you’re single, you can take time off work without worrying that you have someone else to support financially. Which makes having single life adventures so much simpler.

If I weren’t single, I would not only feel bad about leaving a partner and possibly kids behind… But I also wouldn’t have been able to be away from them for so long. When you’re married, and especially with kids, you can’t just say “they’ll manage without me,” and go. You made a commitment, and you can’t go away for a month. Perhaps if it was a few days, maybe even a week.

I was able to plan a trip for a whole month without feeling bad about anyone being left behind. Being able to do so, is why I love being single so much. When you’re single, it’s important to hold onto those reasons why you’re thankful for your singleness. In this case, my singleness allowed me a once in a lifetime adventure with complete freedom. Not to mention, I didn’t need to consult or “ask permission” from anyone but myself.

Being as spontaneous as wanted

One of my favourite things about being single… Is being able to just up and leave whenever I want, to wherever I want. Not only on this trip, but in general in life, you can just go on different adventures without notice. I can have almost all the single life adventures I want. Which is something that always appealed to me about being single. And this trip may not have been very spontaneous… But I could just make this decision on a whim, without taking too much time to actually think about it. Because, why not?

Life has so much to offer, and as singles we have so many more opportunities to take advantage of everything. When we’d like, how we’d like and what we’d like. And almost as much as we’d like (because I guess we also have to work sometimes). Having nothing holding me back or down, being able to make life changing decisions on a whim… Is definitely a huge perk of being single.

No one to keep posted and updated

Some people actually enjoy having someone to keep posted, and I guess I did to when I had boyfriends. But the longer I’m single, the less I like to keep people posted, the more I love not having to. When you’re on an adventure, you want to be all in… You want to take full advantage and be present at every moment with no distractions. Having someone back home that you need to constantly update, can definitely hold you back. Not only does it take away from the time that you could be spending on exploring… But it can also be quite aggravating, to have to make sure to text and call. And if you forget, or don’t have time – that can lead to a whole dramatic saga.

During this trip, I could just let go and be all in. I didn’t have to worry about having someone who’s waiting on me. Yeah, I spoke to my friends and family… But that’s not the same as having a partner, or even kids to keep in touch with. I had no pressure to do it, so that already made it so much easier. And being able to just commit to the trip with no one to worry about back home… Made the whole trip that much better. It provided me with the best single life adventure I could have asked for.

Being able to just let go

Having no commitment to anyone, which leads to being able to be spontaneous and not having to update anyone… All contribute to single life adventures, by allowing us to just let go and not worry about anything but our adventure. To be in the here and now, and be completely consumed by it all. I don’t want to generalize, and I’m sure there are people who can get away even while married with kids. But you have so many responsibilities, you can’t just take time off and go away for a month.

Even if one might manage to get away, despite all of the responsibilities, they can’t just let go. They can’t get away for more than a few days, and even then they can’t just ignore what and who they left back home. I’ve never been married, but I have gone away with friends while in relationships. It was frustrating on many levels. Going out with my friends and watching them flirt with men. Having to stay in touch, which by default takes away from being present in the trip. Worrying about leaving them for so long, and more. Which is why I love going on adventures while single so much more.

There are advantages and disadvantages to both sides – focus on what you’ve got going for you.

My theory, however, is to just enjoy the side you’re on. You can always find the downsides and faults in every situation. But you need to choose to focus on all the perks and the upsides. And there always are, even if you have to look hard at first. So while sometimes I still wonder if I’ll ever find someone, that it would be nice to have a partner… This adventure reminded me all over again why I love to be single.

My sisters, who are both married with kids, could never go on a trip like this. In a different lifetime, I would have never gone on a trip like this. But in this lifetime I am single, and that allows me to go on many spontaneous, crazy adventures. Like flying across the world for a whole month, then getting stuck for an extra three weeks.

So yeah, as singles, there may be an array of doors which are shut tightly, bolted and locked for us. But we also have so many other doors, which are wide open, just waiting for us to leap through them.

So focus on that. 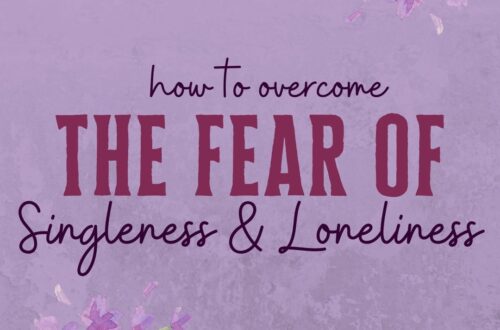 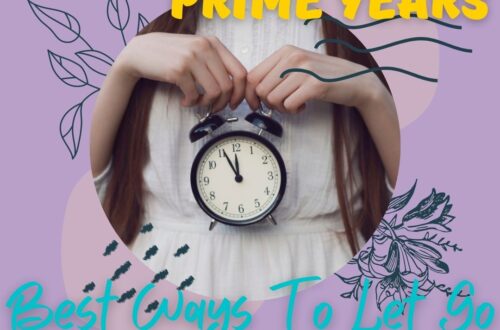 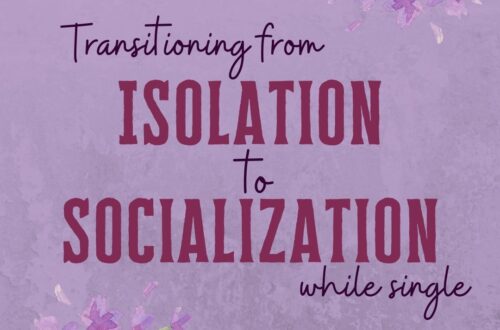 Transitioning From Isolation to Socialization 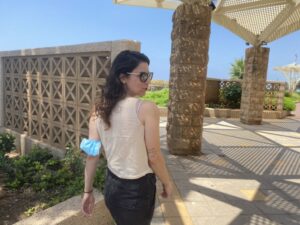 {SWIPE}-> to read how you should STOP asking, and

{SWIPE}-> to read why you should push through the

💾 SAVE to remember later 🤩 Which of these e

SWIPE -> to read why you should embrace the loneli